First and foremost: If fangames that utilize assets from existing video game companies are not allowed in this forum, please let me know so I can remove this topic.

This began as a “vacation” project, and it is still far from finished. However, since vacation is ending and I’m returning soon to my day job, my progress on it will surely slow down. So, I decided to share its current state with the community. It is open source and uses a permissive license (MIT).

It is basically a remake of “Ninja Gaiden III: The Ancient Ship of Doom”, in the same pixel art style as in the good old NES, but with widescreen display and local multiplayer (up to 4 players) in mind.

I’ve decided to do this project with two goals in mind:

The original game is comprised of 7 Acts, most of them with “sublevels”. This remake currently covers only the first “sublevel” of Act II. My intention is to complete at least the whole of Act II, including the boss fight.

Not sure about remaking the whole thing, because it will probably depend on how satisfied and motivated I feel with the results, and of course, if I don’t get a C&D letter from TECMO. 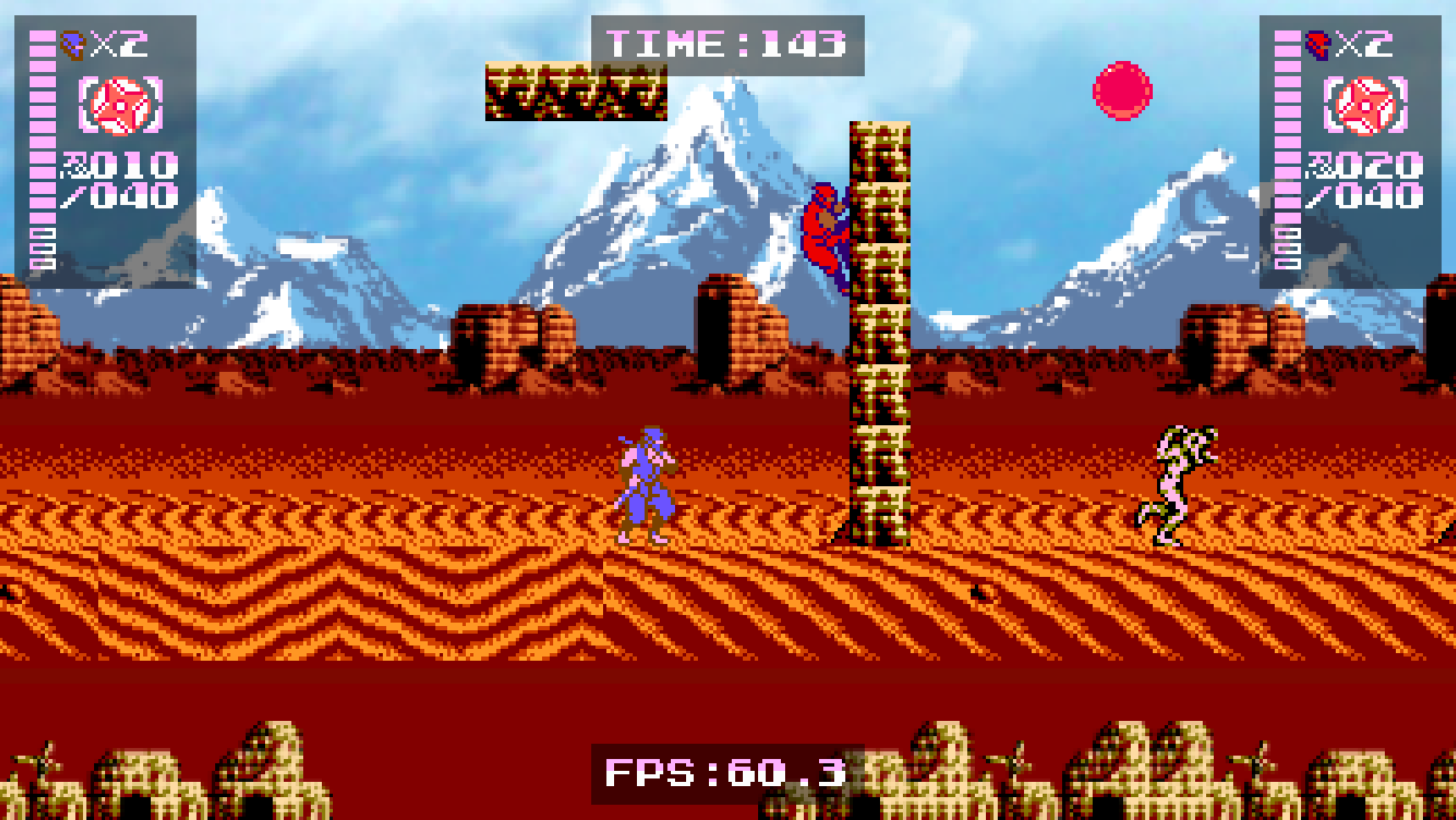